Answer to last week's Throwback Thursday Poll: The key piece of evidence was a black book.

Get a sneak peek of General Hospital's 2015 Nurses’ Ball in a video clip. And find out more about ex-GH's John Stamos' Full House reboot.

A break from ELQ.

In this week’s Throwback Thursday poll, Soaps.com takes readers back to 1995 when “General Hospital’s” Lois Cerullo paid her mother an unexpected visit in Bensonhurst…

Right now there is another game of “who’s-got-the-shares” down at ELQ, with Franco in possession of Ned Ashton’s stake in the Quartermaine company. And back in 1995 Ned was gladly on a sabbatical from ELQ while he indulged his creative side.

At the time he was separated from his wife Lois, but as his manager she could see how hard he was working to make something of his music career while he had time off as CEO of the company. She traveled from Port Charles to Bensonhurst looking for some life advice from her mom and told her that Ned took a six-week leave of absence from his family company in order to be rocker Eddie Maine full time. She initially thought he would be burned out from all the appearances and concert dates but Lois could tell Ned really thrived on it.

Lois insisted he had changed but her mom said it would never last because Ned didn’t take life seriously. Still, she could see Lois was bound and determined to take Ned back even though she was sure Lois was heading for another broken heart and a knock at her self-respect.

Lois’ mom told her that before she took Ned back she had to ask herself one question. Do you remember what it was? Vote in our “General Hospital” poll: 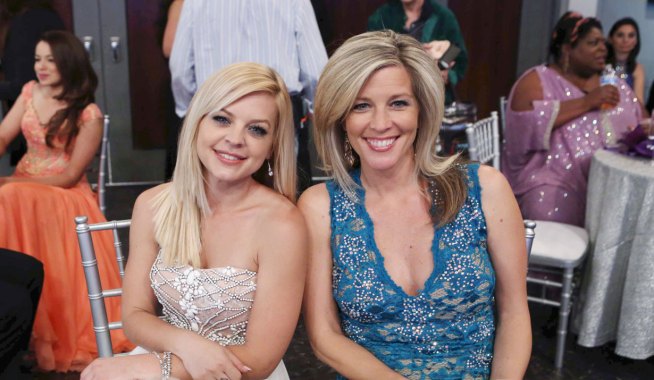 General Hospital To Air Live Shows During May Sweeps