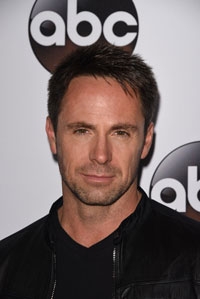 “General Hospital’s” William deVry (Port Charles’ Julian Jerome) and Ryan Paevey (Nathan West) will appear in Quebec, Canada on Friday September 11. The appearance will be held at the Vinnie Gambini restaurant from 5:00 PM until 12:00 AM. From 5:00 PM until 7:00 PM there will be a dinner as well as an autograph and picture session with the stars. Tickets for this event are $195 and limited to twenty-five people. From 8:00 PM until 12:00 AM there will be a cocktail reception, which will include two glasses of Prosecco, hors d’oeuvres, autograph pictures of each of the stars and unlimited personal time with them. Tickets are $150 and are limited to eighty people. To purchase tickets visit Divertissement Elegant.

On Saturday October 10 many of your favorite stars from “GH” will appear in the Chicago area for the “GH” Fantasy Weekend event to be hosted by Tyler Christopher (Nikolas Cassadine) and Laura Wright (Carly Corinthos Jacks). Currently also scheduled to appear are Finola Hughes (Anna Devane), William DeVry (Julian Jerome) and Ryan Paevey (Nathan West). Ticket prices range from $212 dollars for the platinum experience to $96 for general admission. Showtimes range from 10:00 AM to 1:00 PM depending on which ticket you purchase. The stars will also appear in Cleveland, Ohio on Sunday October 11. For tickets and more information visit Soap Fantasy Events.

Port Chuck will be appearing and performing in Astoria, New York on Friday October 16. The same weekend they will be in Levittown and Long Beach, New York on Saturday October 17. Finally the band will be in Manasquan, New Jersey on Sunday October 18. Port Chuck is an all soap star band composed of Bradford Anderson (Spinelli, “GH”), Brandon Barash (ex-Johnny Zacchara, “GH”), Scott Reeves (ex-Ryan McNeil, “The Young and the Restless” and ex-Steven Webber, “GH”) and Steve Burton (Dylan McAvoy, “Y&R” and ex-Jason Morgan, “GH”). Ticket prices range from $500 for the full experience to $90 for general admission to their show. Ticket levels and prices offer different events, depending on the day and venue you choose, and may include dinner with the band, backstage access, meet and greets and more. For tickets and more information visit Soap Fantasy Events.