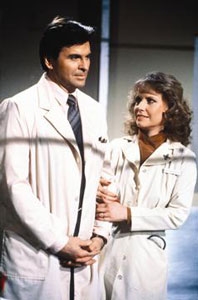 In this week’s Throwback Thursday poll, Soaps.com goes back to 1981 on “General Hospital” when Monica Quartermaine filed for sole custody of little AJ…

Right now Michael Quartermaine is squaring off in court against former father figure Sonny Corinthos over custody of little Avery. There have certainly been plenty of other court standoffs over children over the years. There was even one battle that involved AJ Quartermaine when he was a baby, long before he caused the very rift that has made Michael and Sonny enemies now.

Monica and Alan were known for their spectacular passion – and even more spectacular fights. One of their epic battles began in 1981 when Alan had an affair with Susan Moore not long after Monica gave birth to Alan Jr. Little did Alan know, Monica had put him in the path of Susan as a way to rid herself of her marriage while still keeping her baby and the massive Quartermaine fortune. And as she knew he would, he took the bait.

Alan refused to leave his wife so he could stay in AJ’s life, but Monica, armed with evidence of the affair, filed for sole custody and kicked Alan out of the house. He moved in with Susan, but was desperate to maintain custody of his son. Edward advised Alan to get Monica back in bed in order to turn things around. Alan did, and in the afterglow with Monica he agreed to get rid of Susan and the two reconciled.

When Monica threw Alan out of the house, he developed impotency with Susan that was so bad he went to doctors for answers. Do you remember what he learned? Vote in our “GH” poll: 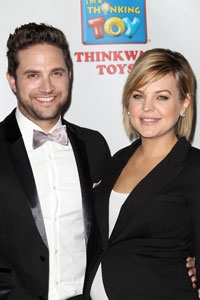 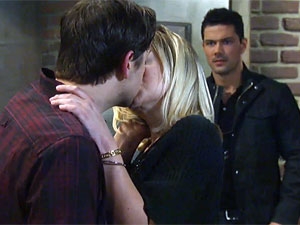