To commemorate the release of the new CD, Springfield's concert on February 25 from The House of Blues in Boston, Massachusetts will be streamed lived on Yahoo Live. The concert begins at 9:15 PM ET. In addition to touring and his new album Rick Springfield recently joined HBO's True Detective for its second season.

“General Hospital” alum Rick Springfield (Port Charles’ ex-Noah Drake) released a new album and DVD combo on February 24 titled “Stripped Down.” The CD/DVD features live recordings of some of Springfield’s best known hits performed solo in front of small, intimate audiences. The accompanying DVD features performances of the songs, as well as Springfield sharing personal stories with the audience. One new song, If Wishes Were Fishes, is also included on the set. Check out Springfield’s latest tweet about the new CD/DVD set. 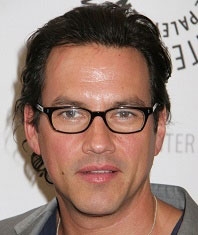