Luke Spencer and Mr. Hyde.
The viewers have learned that Luke has been living with a fractured personality since he was a kid. It seems the writers want us to think that his other half has been at work for a long time, just off screen. What happened recently to fully turn Luke to revealing this bad side of him though? This is what I want to know. It's obvious they are building up the mystery about his missing sister Patricia, who has a major part in the explanation. Hopefully the payoff of this insanely long storyline will be worth it. "GH" has surprised fans with some spectacular casting as of late, what with Michelle Stafford (Nina) and Billy Miller (Jake/Jason) joining the show. I expect to be wowed by whomever they get to play Patricia, assuming they bring the character onto the screen, which they should.

A bun in the oven.
I loved Ned helping to cover the truth up about Olivia's baby by claiming to be the father. This can only lead to more awesome Ned and Olivia scenes for us viewers, though this lie truly can't hold up for long. Ned may have convinced Alexis that he cheated on her with Olivia, and that he really is the father, but Julian should be pushing for a DNA test. That's what any sane person would do. Alexis being offended that Ned cheated on her was a total laugh given she was using Ned to try and move on from Julian. Please get over yourself Alexis.

Prince Nikolas and the takeover of ELQ.
Nikolas betraying everything he once stood for to help Helena take over ELQ just isn't working for me. It just seems silly as he's already rich and a prince and has all the power he could want. There has to be something more to this to make better sense of his total shift in character. Now if Nikolas was doing all of this to try and revive Courtney, who was secretly put on ice, I could understand it. Then again, most viewers are tired of Port Charles residents coming back from deep freezes at this point. Nikolas sending Helena packing and back to Cassadine Island was great, but I will actually miss her. She had some of the best lines on the show these past few weeks.

For the love of Jake.
Jake's gone from the town villain to having half of the female population of Port Charles rooting for him. It's good that they didn't drag Helena's mind control any longer, but now we have to deal with him struggling to remember his identity. It's obvious they will make him forget remembering being Jason after waking up from his operation. How Sam hasn't figured it out given what he has told her already is completely frustrating. Some PI she is!

Tracy to Luke, "It doesn't explain why you tried to kill me, your daughter and everybody on that boat." Luke, "Really sweetheart? Have you met you? Nag, nag, nag!"

Lulu to Helena, "Why is my dad like this?" Helena, "Maybe he got sick of you!" 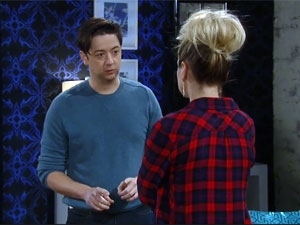 The highlights of the week were the return of Spinelli, as well as Jake briefly remembering who he was. However for a sweeps week, the excitement and advancement of stories was lacking. We are slowly getting answers about Luke, and it looks like we’ve seen the last of Helena for the time being. Let’s discuss what happened on “General Hospital.”

Maxie’s choice.
Spinelli dropped a bomb on Maxie this week when he revealed that he and Ellie broke up and that he wants her back. Now Maxie is caught between her old love and her new love Nathan. Spinelli was at least honest with Nathan about his intentions towards Maxie, but Nathan won’t like that Maxie neglected to tell him that she already knew about his feelings. On one hand Nathan is too black and white for Maxie, whereas Spinelli sees the shades of grey that she does. On the other hand… that whipped cream covered chest of Nathan’s on Friday’s episode! Are you team Spinelli or team Nathan? Vote in Soaps.com’s General Hospital Poll: Which man should Maxie chose?

Where is Judge Judy when you need her?
In last week’s GH blog I discussed how annoying Michael’s temper tantrums are, and his actions this week weren’t making me think any better of him. Michael suing Sonny for custody of Avery is just downright ridiculous. He has absolutely no biological ties to this child, and in the line of who should get custody of her if Sonny was to be found to be unfit, he would likely come in dead last. Kiki and Morgan should be awarded custody before Michael. However something tells me that Michael will succeed in his plot. How I wish Judge Judy were ruling this case as she’d be sure to put Michael in his place.

Anna and Sloane, what could have been!
Anna came back with a new job, which happens to be Sloane’s old one. What a funny twist of fate, as Anna may do what Sloane wished he could have, namely bring down the police commissioner of Port Charles. First I want to say that I am a huge fan of Grayson McCouch, I have fond memories of him on “Another World.” However I have yet to see that spark between him and Finola Hughes that she had with the previous Sloane, Robb Derringer. Granted she’s only just come back and it was their first scene together. Unfortunately they’ve hardened Sloane’s character since McCouch took over the role, so the hope for a romance between these two now seems to be a long shot at best. Hopefully the writers have more planned for Sloane’s character, as another big reveal about him would go a long way to making him less one-dimensional.

The playground gang returns.
While Spencer has been on the screen fairly regularly, his little friends haven’t been until now. Nicholas Bechtel (Spencer) is a phenomenal actor, and he truly shines in the scenes with the adult characters. All of the child actors are great as well, but when they get together their storylines verge on the ridiculous. These kids should be playing Nintendo and watching “Power Rangers,” or whatever it is kids nowadays watch. They should not be involved in love triangles and fake dating schemes to break apart other kid couples. Please writers, just let the kids be kids. 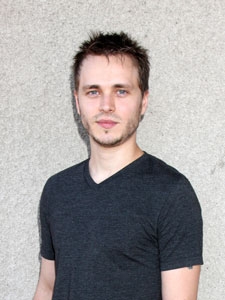