GH Now! Episode: Dating Advice & How To Be A Soap Star!

Read about Roger Howarth debuts on The Flash. 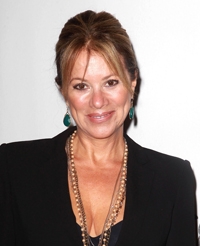 As previously reported by Soaps.com, ABC Digital has been planing a new web series called General Hospital Now. The six-part web series hosted by Nancy Lee Grahn (Port Charles’ Alexis Davis) has now launched. The series will feature a panel of hilarious comedians, your favorite soap stars and studs, bloopers, comedy sketches, talent interviews and all around behind-the-scenes mayhem that will keep you in stitches. Grahn will ask the soap stars the hard-hitting questions you have always wanted to ask, plus fans will get an irreverent glimpse into what really goes on behind the scenes at “GH.” Guests on the show will include panelists Jason Thompson (Patrick Drake), Tyler Christopher (Nikolas Cassadine), Kirsten Storms (Maxie Jones), Lisa LoCicero (Olivia Falconeri), Sebastian Roche’ (Jerry Jacks), Ian Buchanan (Duke Lavery), and several more of your “GH” favorites.