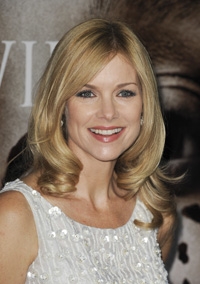 “General Hospital” alum Cynthia Preston (Port Charles’ ex-Faith Roscoe) will appear in Syfy’s six-part miniseries “Ascension.” “Ascension” will air two hourlong back-to-back episodes December 15, 16 and 17 starting at 9:00 PM ET/PT on the Syfy channel. The miniseries is an original drama following a covert U.S. space mission launched in the 1960s that sent hundreds of men, women and children on a century-long voyage aboard the starship Ascension to populate a new world. Half way into their journey, as they approach the point of no return, the mysterious murder of a young woman causes the ship’s population to question the true nature of their mission.