General Hospital’s Tyler Christopher In Beyond The Lights 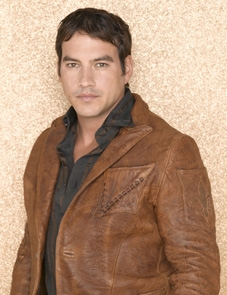 “General Hospital’s” Tyler Christopher (Port Charles’ Nikolas Cassadine) is set to appear in the upcoming film “Beyond the Lights.” The film is the story of Noni (Gugu Mbatha-Raw), the music world’s latest superstar and Kaz Nicol (Nate Parker), a young cop assigned to her detail. Drawn to each other, Noni and Kaz fall fast and hard, despite the protests of those around them. It’s Kaz’s love that gives Noni the courage to find her own voice and break free to become the artist she was meant to be.

“Beyond the Lights” is from writer and director Gina Prince-Bythewood and is due out in theaters on November 14. Christopher will play Liam, a record producer in the film. The movie also stars Minnie Driver (“About a Boy”) and Danny Glover (“Lethal Weapon”). Watch the new trailer for the film right here on Soaps.com.