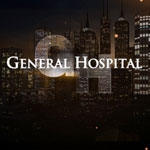 “General Hospital” is giving its fans a chance to bid on a nonspeaking walk-on role. This is your chance to become a citizen of Port Charles! The role has been donated by the Disney ABC Television Group to benefit the GLSEN Respect Awards Auction. GLSEN is the Gay, Lesbian, Straight Education Network and their award ceremony is being held on October 17 in celebration of LGBT history month.

Bidding on the role runs through October 23. To find out more information, bid on the role, or simply watch the auction bids, you can visit Charitybuzz.

Be sure to watch the new General Hospital promo featuring Billy Miller as Jason.