General Hospital Stars On Oprah’s Where Are They Now?

“General Hospital’s” Finola Hughes (Port Charles’ Anna Devane), Maurice Benard (Sonny Corinthos) and Jimmy McNichol (ex-Josh Clayton) will be guests on Oprah’s “Where Are They Now?” series when it returns in October.

Benard will appear on the Sunday October 5 episode airing at 9:00 PM EST. He will sit down with Oprah and speak about his intense battle with bipolar disorder.

McNichol was a seventies teen heart throb, the brother of actress Kristy McNichol (“Empty Nest”) and stared on “General Hospital” from 1984 to 1985. McNichol’s episode will air on Sunday October 12 at 9:00 PM EST.

Finally Hughes will appear on the Sunday October 26 episode airing at 9:00 PM EST. Hughes appeared on “The Oprah Winfrey Show” in 1991 and allowed the audience to choose a date for her. She also accepted a challenge from Oprah to camp outside. 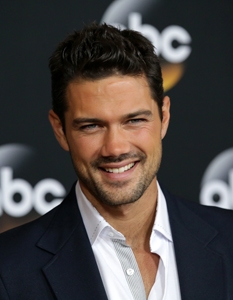