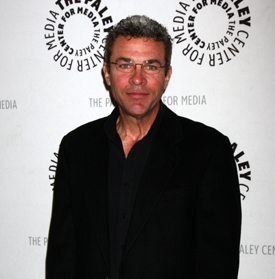 “General Hospital’s” John York (Port Charles’ Mac Scorpio) is taking part in a new PSA by the Ad Council and the Dollar General Literacy Foundation. The PSA is on behalf of the national GED Achievement campaign to highlight the issue of Americans lacking a high school diploma, which is estimated to be more than 37 million according to the U.S. Department of Education.

The PSAs are designed to make the process of obtaining a GED diploma feel less intimidating. The ads draw a humorous parallel between the drama of a soap opera and the drama of not having a GED diploma. Kristian Alfonso (Hope, “Days of our Lives”) also appears is some of the advertisements. Watch York’s PSAs below, and for more information on the campaign visit Ad Council.