Throwback Thursday GH Poll: Anything For A Vote

Watch the General Hospital Weekly Spoiler Video: Deadly Bang to see how this year's Fourth of July wraps up. Vinessa Antoine's Emmys Red Carpet interview discloses a hint at Jordan's future, "Shawn and I are gonna start getting closer, I think."

“The waterfront has always belonged to the people.” – Luke Spencer

A Fourth of July throwback to festivities in 1983 Port Charles has “General Hospital” looking mighty familiar.

Residents are currently gathering in the park for the Fourth of July firework display this year surrounded by a backdrop of drama tinted with nostalgia for days long past. In particular, Michael Corinthos is attempting to carry on his grandfather Edward Quartermaine’s dreams of rebuilding the waterfront despite opposition from an alien protester, Australian Levi Dunkleman. However, there’s no personal baggage between Levi and Michael like there was between Luke and Scott back in the day.

In 1983, mayoral candidate Luke Spencer ran on a platform of taking back the waterfront from corporate conglomerates for the people. His star-spangled speech promoted how he intended to provide public buildings for children’s care centers and senior citizen entertainment spaces. He aimed to destroy the monopoly of private investments and obviously planned to follow through and take Scott Baldwin’s land away based on his personal vendetta. Robert wasn’t a Luke fan at the time, after winning over Holly, and he dismissed Luke’s attempt to steal Scott’s condo property and the expo buildings as an attempt to support the legalized gambling he was more interested in. Luke and his friends campaigned throughout the day as the picnic flourished with traditional Port Charles activities. Tiffany boosted Amy’s confidence at the kissing booth, Blackie managed to ruin the three-legged race and break someone’s heart by kissing another, and Monica and Alan carried on about their latest problem.

While many enjoyed the picnic, Heather worked on another crazy scheme. Do you remember what Heather’s latest agenda was? Vote in Soaps.com’s Throwback Thursday Poll to tell us. 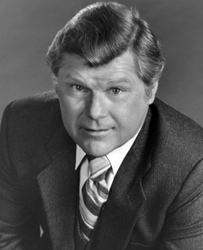