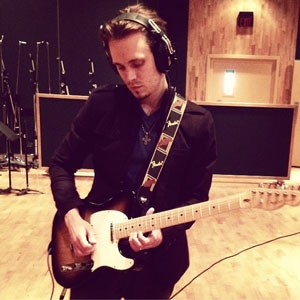 Jonathan Jackson (ex-Lucky Spencer, “General Hospital”) is one of the many stars of ABC’s “Nashville” who will be participating in the show’s first-ever televised concert special. “Nashville: On The Record” will air Wednesday April 23 at 10:00 PM on ABC. The television special started life as a docu-web series, also titled “On The Record,” which provides a behind-the-scenes look at the songs from the hit television show. Fans can watch past webisodes of the series at ABC’s Music Lounge.

The hour-long televised special will air live from the world famous Ryman Auditorium in Nashville. The cast members of the show will perform the songs they are known for on stage, and will then sit down at the Bluebird Café for intimate acoustic performances and interviews. Jonathan Jackson will perform “Don’t Put Dirt on My Grave Just Yet” with his current on-screen love interest Hayden Panettiere, as well as “I Ain’t Leaving Without Your Love” with his co-stars Sam Palladio and Chaley Rose.

Fans of the show will be able to purchase the songs on May 6 when the soundtrack “Nashville Season Two: Volume Two” is released. Tickets to see the cast perform live are also available for the following dates at the listed venues:

Be sure to check out Soaps.com’s exclusive interview with Marc Anthony Samuel. Do you remember who killed Nancy Eckert? Vote in our General Hospital throwback poll.