Watch Rick Springfield on Drop Dead Diva this Sunday. Read Soaps.com's Where Are They Now to find out about "General Hospital" alum Martha Byrne's new move to NBC's Crisis.

Your little girl is really growing up.

A parallel is found between two teens in two different decades of “General Hospital” where both mothers were put on the offensive following the actions of others.

It seems the 2010s in Port Charles are no different than the 1970s when it comes to teen love, wanton desire and the need for protection. TJ and Molly were eager to consummate their relationship when it finally returned to an even keel. They almost succeeded with the help of Olivia at the Metro Court. In similar fashion in the 70s, Laura Webber found herself ready for a similar commitment with Scott Baldwin.

Before Laura and Scott were intimate, Laura found a way to get the protection she wanted, birth control pills. She discussed her dilemma with Rick’s old flame Monica who had no problem writing Laura a prescription without so much as a physical exam. She was quite smug with Lesley while pointing out how her little girl was really growing up after she overheard Bobbie tell the Webbers how Laura stayed with her the previous evening so Scott wouldn’t have to take her home late after a game.

Lesley soon found out about what Monica had done and was upset over her meddling and unprofessional actions of getting involved in Laura’s life. Do you remember how Lesley learned of Monica’s professional indiscretion? Vote in Soaps.com’s Throwback Thursday Poll to tell us. 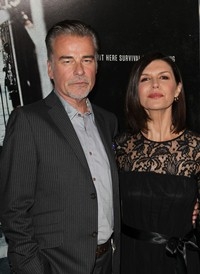 General Hospital Poll: Who's Behind The Mask? 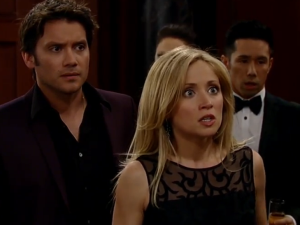