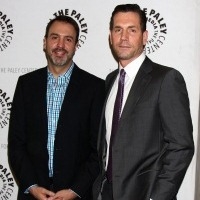 When history repeats itself.

Nearly fifty years and over 13,000 episodes in and there probably aren’t too many storylines that we haven’t seen…perhaps many that we’ve seen more than once. Perhaps the next milestone for the writers will be what happens from now until the 75th year anniversary. Let’s have a little fun and speculate what lay of the land will look like in Port Charles in another 25 years if we get to that point.

What would you expect or most like to see? Vote in the Soaps.com’s “General Hospital” poll to make your selection and share more in the comments below.