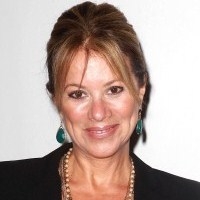 Alexis was having a moment with Sonny recently and claimed he wasn’t the worst father of any of her children. Her track record speaks for itself. Whether they were a father of one of her children, a one night stand, short fling or questionable acquaintance, the men in Alexis’ life leave much to be desired, but is any one of them worse than the other?

Weigh in on all the men that Alexis has spent time with, slept with, or married over the years. Vote in the Soaps.com’s “General Hospital” poll to let us know which man in Port Charles was the biggest man headache for Alexis.