Rick Hearst Back To General Hospital 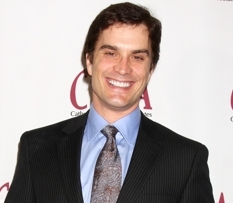 Soap opera veteran Rick Hearst (ex-Whip, “The Bold and the Beautiful,” ex-Matt, “The Young and the Restless,” ex-Alan Michael, “Guiding Light”) is headed back to Port Charles as Ric Lansing, according to Soap Opera Digest. The character, who is Sonny’s (Maurice Bernard) brother, hasn’t been seen on the show since June 2009. His first airdate is Monday February 24.

Read about General Hospital’s next season renewal. Get Ravenswood spoilers and much more through Soaps.com’s Primetime Dish.

Throwback Thursday GH Poll: Not Your...