General Hospital Poll: And The Mob Boss Is? 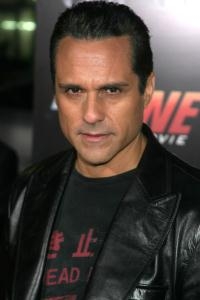 Since 1979 Port Charles has been embroiled in one major mob story after another. Most have involved Sonny Corinthos even before he took over the territory. While originally the show began its mob story with the Smith family, soon it prominently featured such classic crime families as the Laverys and Jeromes before the era of Corinthos and Morgan took over. Contemporary “General Hospital” had a variety of minor mob families but none with quite the same appeal as the mobsters from the eighties and nineties, some of which have returned to the show recently.

Whether you dig the seedy characters of old, prefer the newer breed of crime family, or want to let us know that you just can’t take anymore mob stories, vote in Soaps.com’s “General Hospital” poll to weigh in on the matter of mobsters in Port Charles. Tell us which mob family is boss.

Watch General Hospital's Weekly Spoiler Video for a sneak peek at the return of Lucas Jones. Read Soaps.com's news about the 45th Annual NAACP Image Awards Daytime nominees to see which actors and actresses were nominated.