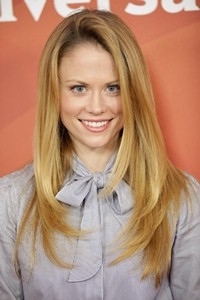 Coffee, Adalind Schade of “Grimm,” met Thile through a mutual friend in 2011 and the couple had been dating ever since. The actress can be seen on “Grimm” on Fridays at 9:00 PM when the series returns January 3, 2014 on NBC.