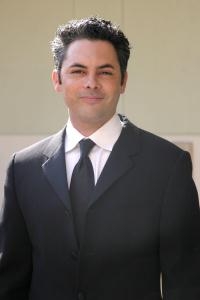 Former “General Hospital” star Michael Saucedo (Port Charles’ ex-Juan) has co-authored an e-book series with Nik Price. The series, debuting with installment one, “Dead Extra,” was inspired by his wife Rebecca Herbst (Elizabeth) and her alter ego, Liberty. Herbst’s likeness graces the cover ad for the book which is available for Kindle, Nook, and Kobo.

An e-book series is a serialized version of a book where the authors are writing the next episode as the last is being read. Each book is expected to be about six episodes of approximately 15,000 words that are released every three weeks. Learn more about ordering the series at Liberty Strong The Series.