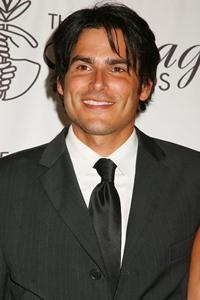 Former “General Hospital” star Eddie Matos (Port Charles’ ex-Peter Marquez) is scheduled to join the CW’s “Hart Of Dixie.” He will be featured in the third season of the Primetime drama in a recurring role which may include a part in a budding romance. Matos plays Grandma Bettie Breeland’s (Maree Cheatham) hot Latino driver, Enrique.

Matos, who also played Ricky Torres on “All My Children,” is currently listed as rumored to be Kyle Medeiros in the recently completed TV movie “Finding Carter.” He also plays John Garcia in the movie “Sex, Death and Bowling” about an Iraqi war veteran suffering from health issues after returning home. The movie is scheduled to be released in 2015 and stars Drea de Matteo (Wendy Teller, “Sons of Anarchy”) and Selma Blair (Kate Wales, “Anger Management”). The season premiere of “Hart Of Dixie” is on Monday January 13 on The CW at 8:00 PM.

Take the Throwback Thursday General Hospital Poll Let’s Get Away From It All about Duke’s desire to save Anna from her troubles. Read Soaps.com’s Primetime Dish to learn more about the James Gandolfini: Tribute To A Friend on HBO honoring the late actor.

General Hospital Poll: You're A Mean...