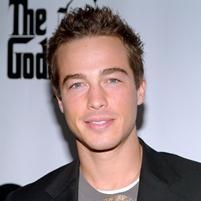 Former “General Hospital” actor Ryan Carnes is returning to Port Charles in the role of Lucas Stansbury Jones. He last played Lucas from 2004 to 2005. Carnes’ recent appearances on TV include “Blackout” (Dr. Trevor Westen) and “Rizzoli & Isles” (Dan MacKenzie). He was also on “Desperate Housewives” (Justin) from 2004 to 2006.

Lucas’ appearance in Port Charles couldn’t come at a more volatile time with a mob war raging between Sonny Corinthos (Maurice Benard) and Julian Jerome (William DeVry). That couldn’t be any worse than the turmoil that is about to erupt between Carly (Laura Wright), Bobbie (Jacklyn Zeman) and Sam (Kelly Monaco) before Lucas gets there.

Find out more about the recent release of Rick Springfield’s An Affair Of The Heart on DVD and Blu-ray. Read Soaps.com’s Revenge Recap: Surrender to learn who’s not going to the wedding of the century.