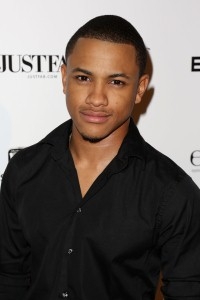 “General Hospital’s” Tequan Richmond (Port Charles’ TJ) is being honored at the next Pan African Film Festival (PAFF). In a celebration of Richmond’s outstanding breakout performance in film this year, he will receive the Canada Lee Rising Star Award after receiving much acclaim for his role in “Blue Caprice” where he portrayed one of the Beltway snipers.

Richmond is set to receive the prestigious award at the 22nd annual PAFF which is scheduled on February 6 – 17, 2014 at the Baldwin Hills Crenshaw Plaza in Los Angeles. For more information visit PAFF.