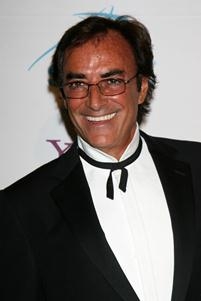 The return of a long lost nemesis?

A rep for “General Hospital” has confirmed to Soaps.com that soap star Thaao Penghlis is scheduled to bring his character back to Port Charles on January 30, 2014. The actor will return to the set in early January to begin taping. Penghlis is reprising the role of Victor Cassadine which he played in 1981. His character was sent to prison by Robert Scorpio (Tristan Rogers) and Luke Spencer (Anthony Geary), and has been presumed dead.

Watch the General Hospital Weekly Spoiler Video to see who needs to make up their mind about what in Port Charles and if it means that Spinelli might not be moving to Portland. Read Soaps.com’s latest news to learn about the documentary special Who Shot The Daytime Soap which airs on Monday December 16.