The legal team. Thanks to all who sent messages of support. ONWARD & UPWARD XO pic.twitter.com/zioDmvPhUX

“General Hospital” alum Rick Springfield (Port Charles’ ex-Noah Drake) was back in court this week for a re-trial of an injury lawsuit against him that ended in a mistrial in 2013. Plaintiff Vicki Calcagno claims that Springfield struck her with his buttocks while performing in the crowd during a 2004 concert. His buttocks caused "serious, disabling and permanent injuries," according to her 2007 lawsuit.

A mistrial was declared when a second witness, Penny Anne Nolin, came forward claiming she too was knocked down by Springfield's buttocks during the 2004 concert. The new trial is ongoing. Soaps.com will keep you updated of the outcome.

"General Hospital" soap star Rick Springfield (ex-Dr. Noah Drake) is the defendant in a civil trial that ended in a mistrial earlier today at the Onondaga County Courthouse in New York. Vicki Calcagno, a concert goer at the 2004 New York State Fair, claims she received lasting injuries during an incident when Rick Springfield knocked her to the ground while greeting fans during the concert.

Social media content seems to be the catalyst that expedited the trial from its recent start to the judge agreeing to a mistrial today at the request of Springfield's attorney. The mistrial allows both sides 90 days to prepare for a new trial after witnesses who posted on Facebook identified themselves as being at the concert. Their recollection of what happened may add to the testimony that was expected from Springfield's stage manager and the plaintiff.

Learn about how ABC plans for General Hospital to celebrate Home For The Holidays in Port Charles. Vote in Soaps.com's Soap Opera polls and decide what Lulu should have done in court.

After sixty-one minutes of deliberation a jury found in favor of “General Hospital’s” Rick Springfield (Port Charles’ ex-Noah Drake) in an injury lawsuit brought against him. Springfield was found not liable for any damages against the plaintiff in the case Vicki Calcagno. Springfield was quoted as saying he was incredibly relieved. 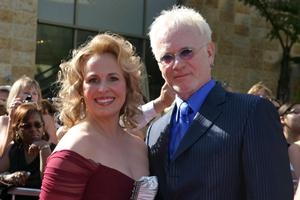