General Hospital Poll: Give Me A Beat 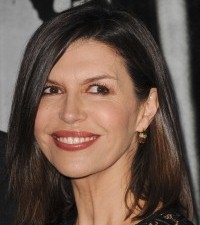 Music to chew gum by.

“General Hospital” has brought us tears and laughter in the never ending saga of ‘From Port Charles To Cassadine Island’. While Faison had single-handedly bested both Obrecht and Lavery on Spoon Island under threat of Obrecht’s butter knife, back on Cassadine Island Robert and Anna chewed gum in the most spy-worthy episode in “General Hospital” history. Wait…was there music playing during that?

Soaps.com needs to know. What spy music did you hear playing when Robert and Anna’s plan to escape the lab on Cassadine Island came to fruition? Vote in the Soaps.com’s General Hospital poll to tell us which spy theme song came to mind or share a tune not listed in the comments area.

Watch Soaps.com's General Hospital Weekly Spoiler Video for a sneak peek into Port Charles' upcoming events. Find out who the 29th Annual Artios Awards Daytime Winner was from "The Young And The Restless."