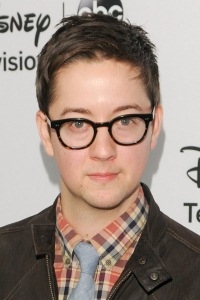 Despite previous reports, Soaps.com has an update in the episode and air date of Bradford Anderson’s appearance on “NCIS: Los Angeles.” He can be seen on November 19 as Val Winkler. The episode “Recovery” has Kensi (Daniela Ruah) and Deeks (Eric Christian Olsen) going undercover as a nutritionist and new patient to investigate a rehab center following the death of a Navy officer. William Russ (ex-Tucker, “The Young And The Restless”) also guest stars as Martin Lake, owner of Tranquility Villa.

“General Hospital” star Bradford Anderson (Damian Spinelli), Port Charles’ cyber guru better known as the Jackal, will be on “NCIS: Los Angeles” on November 12 as Val Winkler. The episode “Fallout” reconnects Hetty (Linda Hunt) with someone questionable from her past in a case about a stolen nuclear detection device.

“NCIS: Los Angeles” airs Tuesdays at 9:00 PM on CBS. Tune in to see if Anderson’s character is a cyber-sleuth or terrorist.

Kim Kardashian & Kanye: Why They’ll Support Each Other In Public ‘Again & Again’ Despite Their Split