General Hospital Alum Annie Ilonzeh To Beauty And The Beast 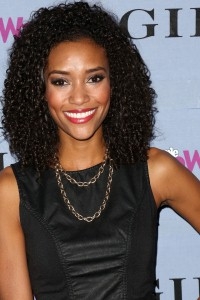 Former “General Hospital” star Annie Ilonzeh (Port Charles’ ex-Maya) will soon take on her newest Primetime role in CW’s “Beauty And The Beast.” Ilonzeh will be playing Beth, a reporter friend of Cat’s, who is looking for a big break in her career.

“Beauty And The Beast” airs Mondays at 9:00 PM. Ilonzeh will first appear in the role starting November 4.

Learn how you can bid on an opportunity to tour the General Hospital set with William deVry. Read Soaps.com’s Pretty Little Liars Recap: Grave New World and see what happened at the party in Ravenswood.

Tour The General Hospital Set With...