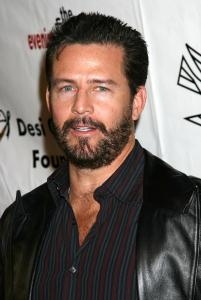 Former “General Hospital” star Ted King (ex-Alcazar, ex-Tomas, “One Life To Live”) will be seen on this week’s upcoming episode of “Elementary” that airs on October 31. King will play James Monroe in the episode “An Unnatural Arrangement” where Holmes and Watson investigate a home invasion perpetrated by a masked gunman against Capt. Gregson’s wife. “Elementary” airs Thursdays at 10:00 PM on CBS.

There’s no word yet on if King’s previous work this year in the pilot episode of “Alpha House” will be a long term gig playing Al Hickok or not. The comedy sitcom written by Garry Trudeau (Doonesbury creator) and starring John Goodman (“Roseanne”) is in line to be Amazon’s first original series.