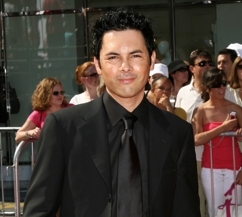 Actor Michael Saucedo, who is the real-life spouse of “General Hospital’s” Rebecca Herbst (Elizabeth), is headed back to Port Charles, according to a report by Soap Opera Network. Saucedo will reprise his role of Juan Santiago, whom he previously played from 1999 – 2001.

Juan is the son of Miguel (Ricky Martin) and Lily (Lilly Melgar), and the cousin of Sabrina (Teresa Castillo). The character left town to pursue his music career in South America. There has been no word on his returning storyline as of yet, and no first air date was provided.

General Hospital Poll: Who's That...

Kin Shriner Back To General Hospital