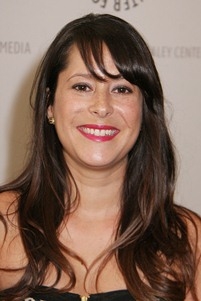 In a bizarre twist of fate on “General Hospital”…or twist two or twist three…Robin was found and scored a trip home to Port Charles. Jerry wasted no time in leveling the playing field even though he was too sick to travel.

If Robin keeps up her end of the bargain to keep Robert and Anna alive back on Cassadine Island, she’ll have to do some fancy maneuvering in or around GH not to be seen or recognized. How will she ever be able to obtain Luke’s blood, create a cure for polonium poisoning, and return to Jerry Jacks undetected? Lucky for her she has the brainpower of Cesar Faison and Dr. Liesl Obrecht on her side.

If you could hazard a guess, how might Robin rise to the challenge? Vote in our “GH” poll below.