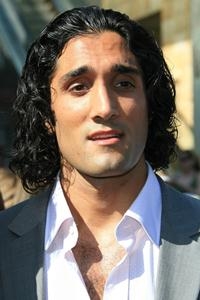 Movie thriller to be released.

The thriller is about ancient mythological beings made of smokeless fire who were created at the same time as man and angels. They have since been forgotten by modern man but all that is expected to change. The film also stars Faran Tahir (“Dallas”), Ray Park (“Heroes”), and Serinda Swan (“Graceland”).

This year, Rains guest-starred in an episode of the TV comedy series “Trainers,” a show about misfit personal trainers working in a gym, and he was featured in a video short, “Broken,” about a couple dealing with their relationship troubles while stuck in the middle of the desert after their truck breaks down. Down the road fans can also see him as Saeed in “A Girl Walks Home Alone At Night” about an Iranian ghost-town with a stalker vampire.

Soaps.com’s “General Hospital” Weekly Spoiler Video: Robin Is Coming Home hints at what Robin’s up against this week in Port Charles. Read the Venice The Series Season Four Episode Eleven recap to find out what surprise Ani got on her wedding day.