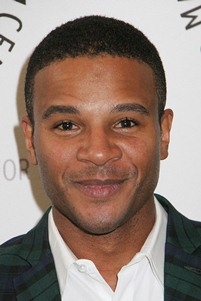 Not for the faint of heart.

“General Hospital’s” Marc Anthony Samuel (Felix Dubois) is a cast member of Michael S. Ojeda’s horror film “Savaged” being featured at the 2013 Screamfest LA Horror Film Festival. Samuel plays the boyfriend of a deaf mute woman who becomes a victim of a brutal crime. An Indian shaman attempts to save her but fails and her dead body becomes the host of an ancient Apache warrior who seeks revenge for her on earth. “Savaged” is an old-school horror flick with a supernatural bent guaranteed to entertain horror fans.