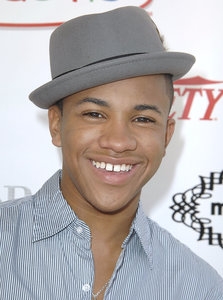 Based on a true story.

“General Hospital’s” Tequan Richmond (T.J.) is in a new limited release thriller, “Blue Caprice.” The film is the story of the D.C. snipers who terrorized several states in the early part of October 2002. Richmond will play Lee Boyd Malvo, the younger of the snipers. Blue Caprice opened on Friday September 13 and had a Sundance Film festival debut this year.

Richmond has also acted in the films “The Celestine Prophecy” and “Ray.” He starred in the television show “Everybody Hates Chris” from 2005 to 2009.

Read our Glee Season 5 Premiere Recap about what role Rachel fought for and find out which movie star is single again in the latest Celebrity News.