GH Poll: And You Get A Present

Find out more about Sean Connery's son Jason Connery coming to General Hospital soon. Check out Soaps.com's interview with Darin Brooks and learn more about his return to Daytime TV as Wyatt on "The Bold And The Beautiful." 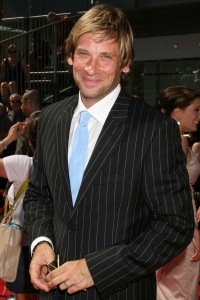 A very merry un-birthday to you!

Heather Webber was out on the loose and didn’t forget her nephew Franco’s birthday. She took the time to paint him a picture…or maybe she just stole a large sample of striped wallpaper. It’s the thought that counts and it left Franco speechless.

His silence spoke volumes. There’s no telling what he was thinking, but it’s a good bet it was something along the lines of what he would get Heather for her birthday. What do you get the birthday girl who should have nothing with sharp edges? He seemed eager to celebrate her un-birthday and rushed out for a used Kelly’s BLT upon her request. Next time he’ll have to put a little more thought into it. Heather’s pretty sharp and knows when someone doesn’t put their all into it.

Share your gift giving ideas for the woman who has nothing. Vote for your favorite gift from Franco to Heather. 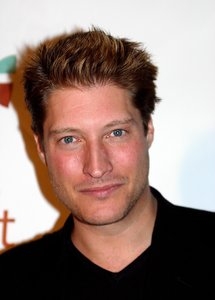