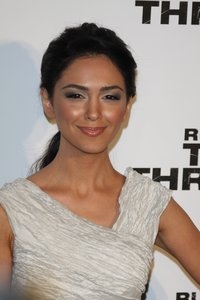 Nazanin Boniadi will appear in the third season of Showtime’s “Homeland” as Fara, an analyst for the CIA. The character is described as having a young appearance, but very capable of performing the duties and tasks.

Boniadi played the character of Leyla Mir on both “General Hospital” and “General Hospital: Night Shift” from 2007 to 2009. Boniadi has starred in several feature films including “Iron Man,” “The Next Three Days” and “Desert Dancer” and guest starred on television shows such as “Grey’s Anatomy,” “Hawthorne,” and “Suits.”

Read our Interview With Ex-GH Writer Karen Harris About Part Of The Plan and then take a look at Soaps.com’s Soaps Spoiler Digest for the latest spoilers on all of your favorite soaps.