Who is this man from Sabrina's past? Check out the news about Jeffrey Vincent Parise joining General Hospital in September. Read the Pretty Little Liars Recap: Now You See Me, Now You Don't to learn how the summer finale ended.

Our Throwback Thursday this week delves into Sonny’s haunted past when he lost his wife Lily in 1996.

Sonny said goodbye to Connie this week and tried to figure out who had shot her. He probably took a moment to rack his brains in an effort to figure out if one of the usual suspects from his crime-ridden past was responsible before discovering Connie’s clue. It won’t take long before he’s reeling in a downward spiral typical for him if he remembers losing his wife Lily.

In 1996 Sonny married Lily after it was arranged by her crime-boss father, Hernando Rivera. Hernando got Sonny out of jail and destroyed evidence to protect him as a favor to his daughter who was in love with Sonny. For a bit it was an on-again off-again relationship when Sonny couldn’t decide if Lily was the one when compared to Brenda. He planned on leaving his wife for Brenda, but Lily had something Brenda didn’t. She was carrying Sonny’s baby. Sonny decided to stay married to Lily but Hernando had decided that he wasn’t good enough for his little girl anymore. In a crushing twist of fate, Hernando placed a bomb in Sonny’s car that ended up killing Lily after she started the car for Sonny one evening. Sonny’s true love for Lily was realized after her death which haunted both him and Hernando.

Sonny found himself the recipient of 30 million dollars following Lily’s death. Do you remember what he did with the money? 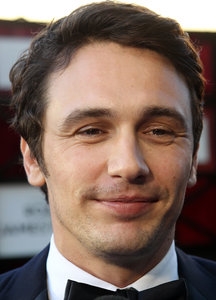