Exciting news! Amber Tamblyn joins cast of Two And A Half Men which may prove to shake things up a bit. Soaps.com flashes back in soap history to remember ABC's The City which aired in the mid-90s and featured Morgan Fairchild. 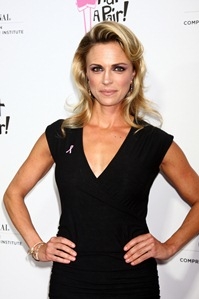 Extra! Extra! Read all about it.

Time will tell if Connie pulled off another comeback to save her magazine and newspaper from Derek Wells’ reign of terror. One thing’s for sure though, one headline isn’t going to be enough. Connie needs to be snappy about it and come up with the next story to don the pages of that Port Charles rag.

Should she further emphasize her disagreement with Sonny and write about Michael and Morgan? Maybe she can find out who Ava Jerome really is and what she’s doing in Port Charles. After all, that story is right under her nose. Of course recent events at the Floating Rib could make the headlines. Mac and Kevin might be rethinking their karaoke theme if anyone took photos of them dressed up as women.

Let’s help her out. Vote for the next headline below and comment if you have another.

GH Weekly Spoiler Video: A Matter Of Life And Death 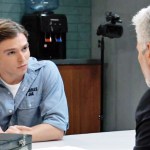