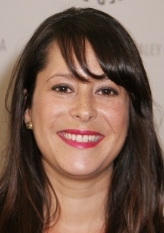 It looks like fans of Patrick (Jason Thompson) and Robin (Kimberly McCullough) will be waiting for awhile before the couple can reunite. McCullough announced on Twitter that she is currently preparing to direct her first feature film. “Creve Coeur, MO.” promises to be a dark comedy set in the Middle America of the 1990s. The film will focus on a 16-year-old girl, her dysfunctional family and the mundane events of high school life.

Like many of her fellow soap stars, McCullough is looking to her fans for some support getting the project completed. If you would like to lend a helping hand, visit Creve Coeur, MO.

I am Directing my 1rst feature film @CreveCoeurFilm and I'm so excited to share it with you all. I need your support!

Kimberly McCullough left "General Hospital" last year in order to pursue her dreams of being a director. She played the role of Robin Scorpio off and on from 1985 until 2012.

Find out about another "GH" star looking for help in Jimmy Deshler Directs Hope For Our Own. And then find out how soap opera history is getting a revamp in James A. Richards' Faraway Hill Novels.