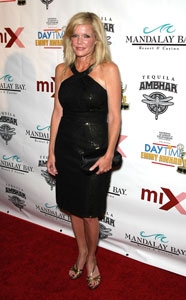 Now that Ava is in town and firmly embedded in the Quartermaine dealings, there is still the matter of her family background to sort out. But while all that is happening there is nothing holding her back from starting a little seductive trouble of her own to pass the time. New to Port Charles, she could bring a little bit of zest to the lives of a number of different men. She could go the cougar route – and cause even more strife with Kiki – by going for the much younger Morgan. Or, she could push the buttons of would-be ally or adversary Traci and go after Luke.

With so many single men around (and a few who aren’t) it shouldn’t be too hard for Ava to find one to mingle with. But who will cause the most scandal? Vote below, then check out the latest General Hospital Weekly Blog to read about all of the classic themes “GH” used to create this week.