This episode originally aired on March 21, 2012. Read the GH Recap: The Floating Rib for more.

In Lindsey Morgan's reel, her character was abducted by Trey's father, Joe Jr. (Richard Steinmetz). Kristina and Joe Jr. taunted and threatened each other.

Scenes were taken from the episodes Never Know A Things and Too Good To Resist which aired on October 2 and 3, 2012 respectively.

For the full list of all nominees, be sure to read Soaps.com's 40th Annual Daytime Emmy Award Nominations. And who do you think the mystery man is? Cast your vote in Soaps.com's GH Poll: Who Could It be Now?

In Alderson’s submitted scenes, Starr grieved for Cole and vowed to get revenge on Sonny, who she blamed for his death. 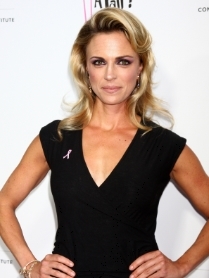