Soaps.com announced yesterday that General Hospital cast Samantha Logan as a new character. Check out last week's Glee Recap: All Or Nothing if you missed the season finale.

A little help from friends and rehab.

Sonny, Carly and Michael have spent the better part of a week chasing down the whereabouts of Morgan. Sonny more than anybody could probably identify with the seriousness of what had been going on with Morgan.

In 2010 Sonny’s father, Mike Corbin, started gambling again. His choice proved costly for him and his family. After attending a poker game hosted at a Port Charles establishment, Mike found himself in a downward spiral that would hurt family and friends. It included being beaten early on for outstanding debts and would continue into the next year before he built up such a massive debt that he needed help from others again. It ended when Mike entered a gambling rehab facility in 2011.

Vote to let us know if you remember how Mike fell off the wagon and started gambling again. 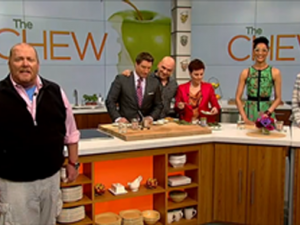