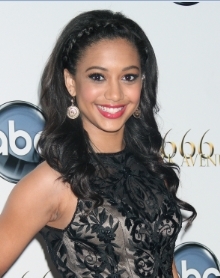 The more, the merrier.

There is another new character headed for Port Charles. According to Soaps In Depth, Samantha Logan has been cast to play Taylor DuBois, the little sister of Felix (Marc Samuel). Logan will be familiar to some audience members for her roles on “666 park Avenue” and “Gossip Girl.” Look for her to hit town on June 4.

Get a peek at the other new characters in town in Soaps.com’s GH Weekly Spoiler Video: My Name Is Kiki. And it’s not long before Carla realizes her mistake on Coronation Street.