Find out which Port Charles resident made the list in Soaps.com's Top Ten Soap Opera Sex Sirens. And be sure to discover what Marvel's Iron Man 3 Soap Opera Connection is.

In spite of having the second lowest scores in competition, Ingo Rademacher and his dance partner still managed to squeak into next week’s semi-finals. Rademacher and Kym Johnson danced the Charleston last night and the “DWTS” camera crews followed his son Peanut around backstage.

“GH” alum Ingo Rademacher (ex-Jax) and his partner Kym Johnson managed to score 8s across the board from the judges for their performance last night. Carrie Ann even compared his casual grace to Gene Kelly’s. But will it be enough for him to survive for another week?

Check out the video and let Soaps.com know what you thought of his performance. 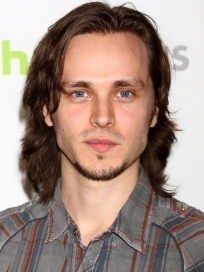