Soaps.com: You seem to work really well with Danny. Do you have little brothers and sisters?

Deshler: Everyone asks me that, but no, I have two older brothers. I have two nieces and a nephew that I kind of grew up with and was around them a lot. And really any baby. I love babies and get along great with all of them it seems like.

Soaps.com: And Danny is pretty cute.

Deshler: Yes, he is.

Soaps.com: Without giving too much away, can you tell us what might be coming up for Rafe?

Deshler: Hopefully he will keep something with Molly, whether it is friendship or turns into something more. That, and getting more friends around Port Charles and becoming just a regular Port Charles resident - meeting new people and sticking around and settling in I guess.

Soaps.com: How does it feel to be part of a show that is celebrating its 50th anniversary?

Deshler: It’s amazing. When I first got it I wasn’t aware of how big it was, and then we had a few of the "GH" 50 parties and lunches and I just realized how big it was and how amazing it is to be on such a legendary show, and to be a part of it. I have been really grateful for it.

Soaps.com: Are there any fans of the show in your family?

Deshler: Now there is! A lot of my family tells me that I got them hooked on the show. My mom was a big "Days of our Lives" fan and I got her to switch and now she is a "GH" fan.

Deshler has always had an affinity towards the homeless community, volunteering his time at Hope of the Valley Rescue mission as an honorary Youth Board Member of Children-in-Film and The Los Angeles Mission in his spare time. He is also currently working on a documentary about homelessness with another teenager, Hope For Our Town: An LA Story.

Catch up with "OLTL" and "AMC" every day with Soaps.com. Read the latest OLTL recap: Don’t Let History Repeat Itself. Then head over to Pine Valley for our AMC recap: I Promise.

Join us on Twitter @soapoperafan, and Facebook. Come tweet and Facebook with us about "General Hospital" all the other soap operas, "Dallas," "Glee," "Grey’s Anatomy," "Pretty Little Liars," "Revenge," "Vampire Diaries," and "Venice The Series." 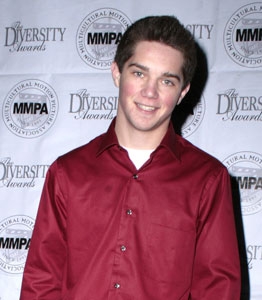 “He is hoping for everything to settle down and be normal and calm.”

In 1997, actor Jimmy Deshler was just 3 when ABC premiered the “GH” spinoff “Port Charles,” where the basis of his character, Rafe Kovich Jr., first began. Little did he know back then he would one day play the son of a supposed vampire. Deshler took some time to speak with Soaps.com about what he thinks might happen between him and Molly (Haley Pullos), his love for babies, and what it feels like to suddenly be part of a show celebrating its 50th anniversary.

Soaps.com: How did you get the part of Rafe?

Deshler: I got an audition for it and from there I got a callback. From the callback I went to a testing and then booked it right from there.

Soaps.com: What was your experience like when you first got on set?

Deshler: It was amazing. I thought it would be a little bit more nerve-wracking than it was, because everyone was so welcoming and so nice that it made it a lot easier. It took a lot of pressure off of me so it wasn’t too bad. I enjoyed it.

Soaps.com: Did you have to do a lot of research about your character’s background and “Port Charles?”

Deshler: I sat down with the writers and they kind of gave me the backstory of “Port Charles” and my mom (Alison Barrington played by Erin Hershey Presley) and everything that had happened with that. And that was pretty much everything. They gave me the whole backstory and where they were taking my character and that is about it.

Soaps.com: Did you know when you were brought on that you would stay in Port Charles after the vampire storyline wrapped up?

Deshler: I did not. I was hoping I would be, and I am, so I am very grateful of that. It is just great to still be around.

Soaps.com: Now that Rafe is settling in to Port Charles, what kind of life is he hoping for?

Deshler: He is hoping for everything to settle down and be normal and calm. He went through a whole lot when he first got there, so I guess he is looking for a peaceful, relaxing, calm, rest of his life.

Soaps.com: Do you think Rafe will want to learn more about his father (Stephen Clay/Jacob Morley played by Michael Easton)?

Deshler: In a way he kind of does. He is curious about that a little bit. But a part of him doesn’t want anything to do with it. But I think he might get a little curious.

Soaps.com: We saw Rafe get turned down by Molly this week. Are we going to see Rafe keep trying with her despite TJ (Tequan Richmond)?

Deshler: I feel like he is. Yeah, probably, because Molly is so great to him and after everything she has done for him, he has never had someone like that in his life. I don’t think he will give up too easily.

Soaps.com: How do you think Molly feels about Rafe?

Soaps.com: How does Rafe feel about his new living arrangement with Sam (Kelly Monaco) and Danny (Jaxon and Jakob Kring)? That was an interesting twist.

Deshler: Yeah, he loves it. He loves baby Danny and he is really grateful of Sam and everything she is doing for him. And he definitely feels at home. 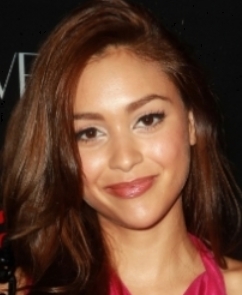