Although he and his partner were dressed in matching outfits, not everyone thought Ingo Rademacher's (Jax) performance was matching. After the pair did the quickstep, an argument broke out between Carrie Ann and Len, leaving the couple with two 7s and a 6 for a total of 20. Take a look at the highlights and let Soaps.com know what you thought of his performance. Please note that ABC uses auto-play with their videos.

For all of the details about the episode, read the full Dancing With The Stars recap on Reality TV Magazine.

There's already life beyond Port Charles for one "GH" alum. Two And A Half Men Casts Julie Marie Berman. And find out what went down after Adam's toast on "Y&R" in our Soap Opera Summaries.

Ingo Rademacher (Jax) and Kym Johnson managed to remain safe for another week on “DWTS.” The pair made it into the safety zone, but one dancing couple was not so lucky. Although Andy Dick and Sharna Burgess were at the bottom of the ladder, they were saved when Dorothy Hamill announced her withdrawal from the competition on the advice of her doctor. 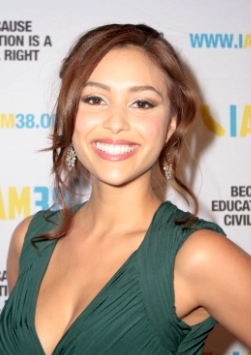 Lindsey Morgan Out At General Hospital