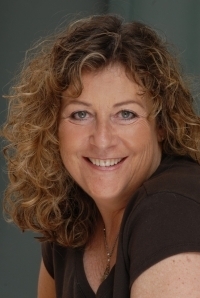 Karen Harris has been writing soaps since 1993. Since then, she’s penned for “General Hospital,” spin-off “Port Charles,” Primetime spin-off “Night Shift” and All My Children. In addition to all that, she has created something new that she’d like Soaps.com readers to check out. It’s a fabulously complex (and hilarious) online pilot project, with a wide-eyed wink at how soaps come together. “Life in General” with “Greenville Central” is a show within a show that gives the behind-the-scenes story about making a soap. Got it? Before I say more, give yourself a couple of minutes and click this link to watch episode one. You’ll enjoy seeing soap vets, especially Lindze Letherman (ex-Georgie Jones), John Ingle (Edward Quartermaine) and Scott Clifton (ex-Dillon Quartermaine) in roles very different from what you’re used to. Okay, you can go now. We’ll talk in a few minutes.

Well, what did you think? Since the launch of the pilot on Strike TV in late October, “Life in General” has been nominated for five Soap Opera Spirit Awards (a Canadian TV Guide competition). I can see why, as a life-long soap fan, it was hilarious to see how TPTB (as we so often refer to the people who put soaps together) bicker and stress over what we eventually see on our TV screens.

Soaps.com: Karen, is seems as if “Life in General” is the best of all worlds for you creatively. Am I Right?

Karen Harris: Yes, it’s an opportunity to execute my own view, my own humor, and my own drama. I’m not making something to sell products. No one’s there to say it’s not good enough, except the viewers. They’re the ones who will decide whether it’s worthy or not. I’ve had such a great response and feel that people are hungry for it.

Soaps.com: General Hospital fans will especially enjoy seeing some of their favorite actors, albeit in other roles. Can you tell us a little about John Ingle’s character, Raymond?

Karen Harris: I love John Ingle. We have a secret love affair but it’s not so secret. He can do anything. Edward Q. is wonderful character, such fun to write because he’s bold and brassy. Raymond is supposed to represent the iconic people who helped create the soap opera in the first place. They’re watching younger people come up behind them and are threatened by it. They try to hang out to what they’ve created. For them, it’s harder to make the adjustment to new ways. I’m not sure that Raymond would be flexible enough to create a soap for the internet. The world of daytime drama is changing and I wanted to show that there’s a place for us to tell our stories online. I’m sure people in radio freaked out when TV came, I feel the same way about the internet. Raymond made that transition from TV to radio, he could retire, but he can’t do it. He’s so in love with his characters. He’s disconnected from his real world and is hanging on at all costs to what he created on the show. He’s not as openly hostile as Edward Quartermaine. His vulnerabilities are way more evident than Edward’s.

Soaps.com: How about Lindze Letherman as Maddie Whittaker?

Karen Harris: I wanted to give Lindze a chance to be something other than a straight ahead good girl. Maddie is a bit of a minx, she’s a young actress who isn’t as naive as you think. She’s thrown into the soap world figuring that she’ll be a star at some point, not knowing that these girls are very disposable. For every Lindsay Lohan there’s another one who gets thrown out the door who we never hear from again. The character Lindze plays on “Greenville General” is more like Georgie was, a heartfelt character who is a nurse. It’s a real challenge for these actors to take on two distinctly different characters and Lindsay is up to it.

Soaps.com: And Scott Clifton as the stage manager named Fritz?

Karen Harris: Fritz didn't exist at first. But I ran into Scott one day and it suddenly came to me that he should be part of the project. I asked if he would be interested in doing an internet soap, and he accepted. I didn't even have to explain. That's what I love about young actors, they're open to anything. So, I went home and created Fritz as the guy who tries to keep train moving forward on the set while actors have melt downs, etc. It's not a glamorous job because you're pissing people off. Fritz is very different than Dillon. He's always falling in love with beautiful young women but they don't know he exists. He takes the brunt of everyone's frustration.

Karen asked me to make it clear that "Life in General" with "Greenvile Central" is merely a pilot at this point and its survival depends on viewer support in order to get sponsors. (In fact, she paid out of her own pocket for production expenses and the cast and crew donated their time.) Once there is enough viewer support, her vision is to proceed with 12-15 episodes of each. "Life in General" episodes would run about 9 minutes and "Greenville General" episodes would be 6 for a fifteen minute show that would air together each week.

The clever part of the project (Karen doesn't see it as two separate shows, just different sides of the same coin) is that viewers can see the characters in "Greenville General" and then the same people as actors in "Life in General." She adds, "We're giving viewers 'the dish' as part of the experience."

She told me that she simply loves the genre of soaps and by using the internet, she hopes to create an interaction between herself and the fans. How? One idea that she has is to host screenwriting competitions in which fans can create which directions they want the characters to go in. Given what we read in the Soaps.com GH Message Board every day, I'm thinking that would be a big hit, don't you?

If you'd like to hear what Karen had to say about her writing experiences (past and present) at GH, that part of our interview is posted on our sister site, Soap Opera Fan Blog. Among other things, she told me that she will always love putting Sonny with Kate because they are ‘very different’ from other soap couples. Also, when I told her how much I enjoy the Spinelli-isms, she yelled, “Try writing it!” She added that she loves writing for Spinelli and that Kirsten Storms is ‘…just dynamite’. Click here for more.

Soaps.com would like to wish Karen, Strike TV and all of the actors the best of luck with the "Life in General" and "Greenville Central" pilot project. Spread the word soap fans, there's a new game in town, a bit of a mind game at that!