It's almost time to get back to Llanview and Pine Valley since AMC and OLTL are set to premiere on April 29. And you don't want to miss Finn and Will battle it out, boy band style, on last night's episode of "Glee." Read about the throw down in Soaps.com's Glee Recap: Feud. 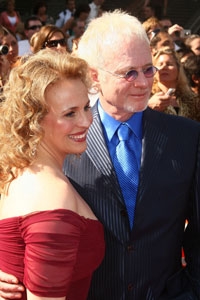 There was a lot of hype surrounding the return of Laura to Port Charles, but ever since she has been back in town she has spent more time looking concerned than playing off her past heat with Luke, or even Scotty for that matter.

Some people wonder if the once-hot pair still has what it takes to maintain their super couple status.

So do you think Laura and Luke still have heat together onscreen? Vote below and then check out the latest General Hospital Weekly Blog for more dish about everything that happened this week in Port Charles, including the book launch and Carly’s deal with AJ.