"General Hospital" is being recognized for their work this past year among all the Daytime soaps. Check out the list of 40th Annual Daytime Emmy Pre-Nominations to see if your favorites are getting a nod. And is Justin Bieber having a breakdown? 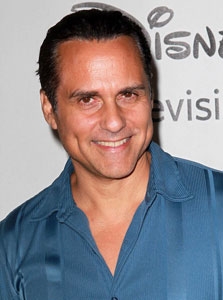 Unlucky in love is one way you could describe Sonny lately. Another way to look at it is that he has too much of a good thing. Either way, there is nothing simple about the women in Sonny’s love life as he has developed strong feelings for two women – in the same body.

Of course, it can’t help matters that every time he goes to bed with one of them he wakes up with the other.

So where do you think Sonny’s love life will go from here? Vote below and then check out the latest General Hospital Weekly Blog for more dish about everything that happened this week in Port Charles.