For more anniversary returns, check out GH Welcomes Back Richard Simmons. And recall some of the past jail breaks in Port Charles with our Flashback In GH History.

Brenda’s back…but with who?

Port Charles will be seeing Brenda back before the fiftieth anniversary officially hits at the beginning of April. According to Soap Opera Digest, Vanessa Marcil has signed on to make a guest appearance. No word yet on the exact date or reasons why her character is heading back to town, but they will no doubt involved her seeing Sonny (Maurice Benard.) However, she may not be returning solo. Fellow former PC resident and now contestant on “Dancing With The Stars,” Ingo Rademacher, will also be returning to the series as Jax around the same time.

Soaps.com will keep you updated as more information about their returns is released. 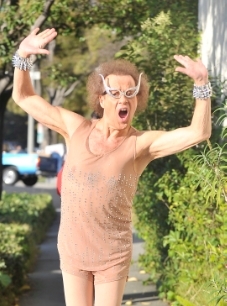